Join Premium now and start learning chess tactics systematically with Puzzle Academy, or read on for details and examples about the new content.

Watch a video with an overview of the new skills and levels, and an example of endgame training:

In the "Fundamentals" course there is now a new chapter "Fundamental checkmating". Here you can practice checkmating with a queen, with a rook, and with two bishops. These are important skills for new chess players, and you can now practice them with endgame training positions.

Here are two examples. Click the diagrams to try.
If you find this easy, try to checkmate with the optimal number of moves, which is displayed when you win.

Endgame training positions aren't puzzles, because there can be many different ways to win these endgames. Many of them are as interesting, and as much fun as puzzles. This is a new feature I'm still working on, and I'll write more about it in the future.

I've also added a new "Endgames" course, that starts with the new skill "Checkmating with bishop and knight". This is much more difficult than the fundamental checkmating, and I've split this into three different levels:

Here are two examples that you can try by clicking the diagram:

When unlocking any of these levels, remember that you can stop the unlock after you completed a puzzle, and resume it with the next puzzle later. Puzzle Academy will store your progress toward unlocking. This is especially useful with endgame training, as these often need more moves than a puzzle.

In the "Combinations" course, there is a new skill "Clearance for promotion". Here is an example:

In this rook endgame, Black has a passed pawn on the 7th rank, which is blocked by their own rook. Simply moving that rook for example with 1...Rg1 would allow both players to get a queen after 2.a8=Q h1=Q. Instead, Black can win the clerance sacrifice 1...Ra1+! 2.Kxa1 h1=Q+ promoting with check and controlling a8 with the new queen as well.

In the "Defending" course, there is a new skill "Stalemate". Here is an example from the first level:

Black will lose the pawn on f4, for example 1...h4 2.Ke5 and Black is in Zugzwang.
However, Black can force stalemate with the counter-intuitive 1...Kh4!. The king is no longer protecting the pawn on f4, but threatens Kg3. White now has to capture with 2.Kxf4, when it is stalemate.

In the "Attacking" course started last month, I've added the new skill "Double attack".
In the first level we are looking at double attacks which attack a piece and threaten checkmate. Most double attacks are queen moves, but the following example shows that even a pawn can make a double attack:

Black can win with the double attack 1...f5!, attacking the knight, and also threatening f4# checkmate. White has no good way to defend against both threats, and is going to lose at least the knight.

In the "Tactics" course, I've added "Intermediate move" level 5. These are advanced six move puzzles. You can try the example by clicking the diagram:

In the "Checkmate patterns" course, there is now "Morphy's mate" level 3. Here is a nice example:

In the "Checkmate combinations" course, I've added level 5 of "Clearance for checkmate". These are six move puzzles, here is an example:

Click on the diagram to try and solve this puzzle.

Puzzle Academy is the most comprehensive tactics course, and personalizes your learning and practice based on your strengths and weaknesses. Join Premium now and start learning chess tactics systematically with Puzzle Academy. 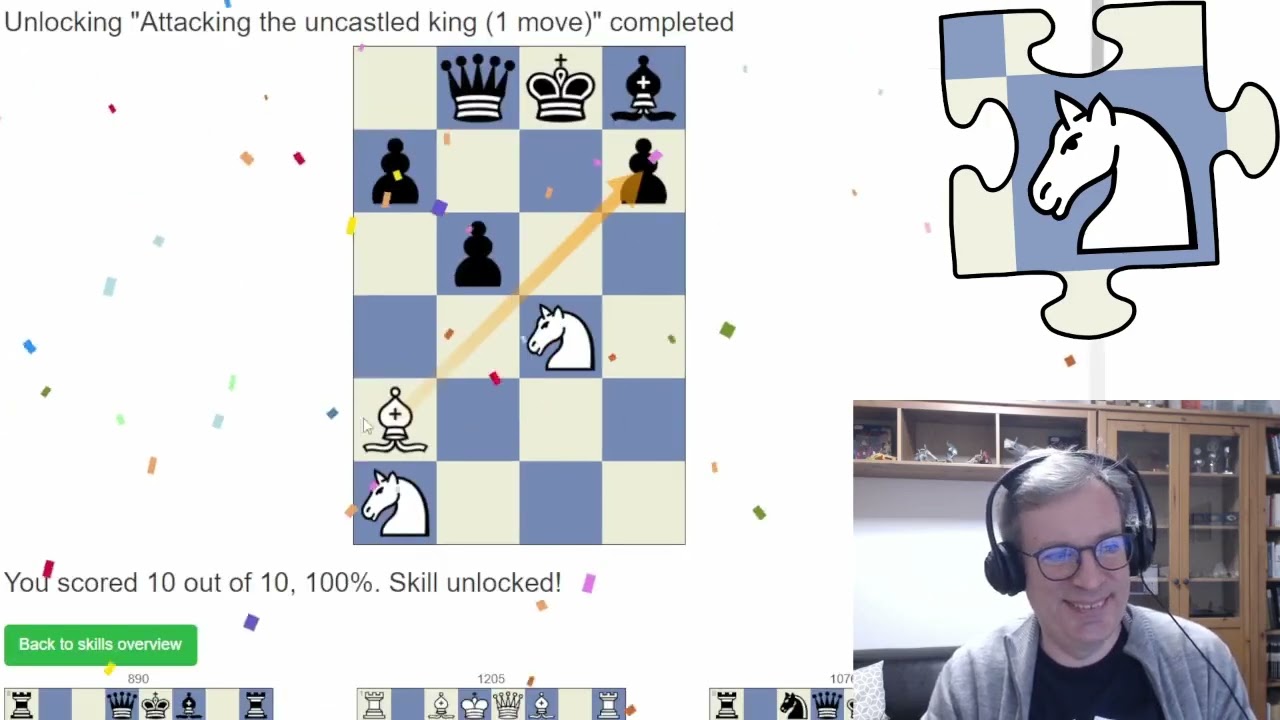 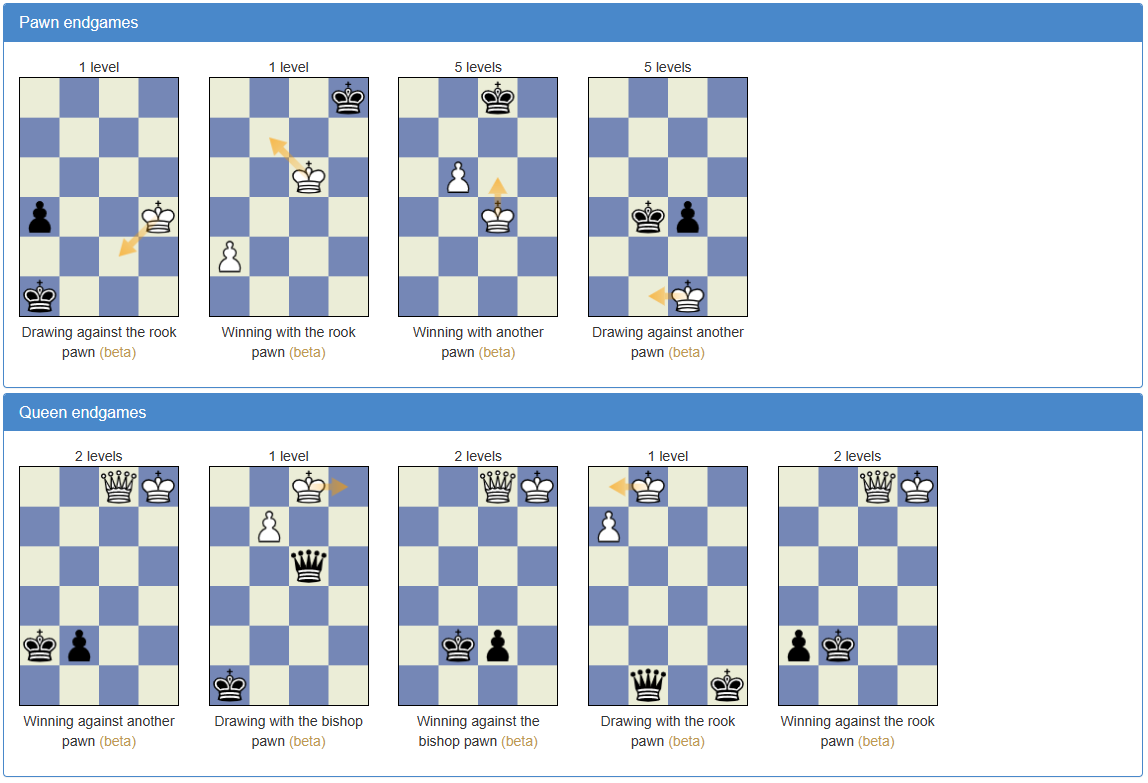