Chess Puzzles on the occasion of the World Championship

Daily puzzles, videos, and more on the occasion of Magnus Carlsen and Ian Nepomniachtchi playing the World Championship match. 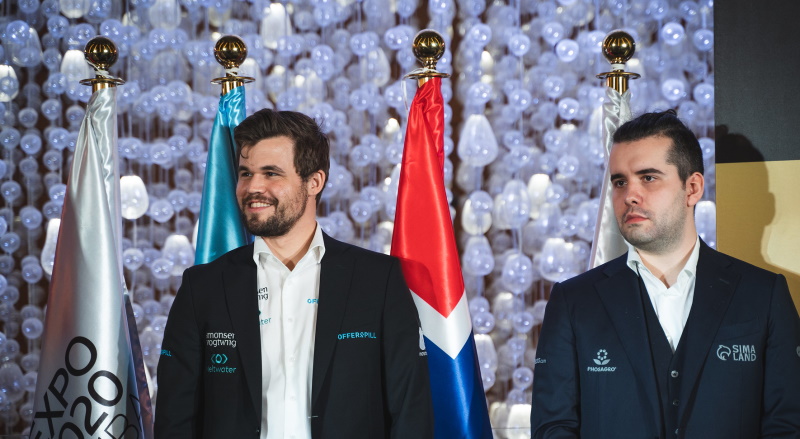 Photo by Niki Riga for FIDE

During the world championship match, our daily puzzle will feature many puzzles from Magnus Carlsen's and Ian Nepomniachtchi's games.
Every Thursday GM Daniel King is commenting on the daily puzzle with a short video.
Go to the solution page after you solve the puzzle to watch the video.

Of course we will also look for new puzzles in the games being played.
Follow ChessPuzzle.net on Facebook or Twitter, to see the daily chess puzzle every day, or just look on our homepage.

The most famous puzzle with Magnus Carlsen is no doubt this extremely stylish win in the deciding tie break of the world championship match against Karjakin: